This summer in the Hudson River Valley I met Christopher Rey Pérez and heard him read some work from a forthcoming manuscript. I liked him and his work very much.

This is what he writes about the piece he has generously shared with us:  [forum] is roughly a 30 page text that sets up a personal curriculum of angelology in preparation for a forensic investigation of a series of crimes. Part of a larger manuscript called gauguin’s notebook, the text begins to write through Gauguin’s Tahitian journal, published in 1901, that chronicles an intense period of artistic, amorous, and colonial production for the painter. 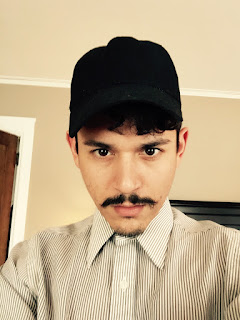 The excerpt below weaves a variety of voices, building an epistolary and urgent community in a tonally resonant but anonymous place as in social media, but more local than that. There is vulnerability, silence, assertion, and insertion, textured depth. I look forward to reading the whole project.


Christopher Rey Pérez is the author of the chapbooks, On the Heels of Our Enemies (98Editions, Beirut) and 427-375 (LIKE Editorial, Mexico City). He is also the recipient of the 2014-2015 Madeleine P. Plonsker Emerging Writer’s Residency Prize from Lake Forest College. Currently, he writes for Intelligentsia Gallery and edits a risograph publication, called Dolce Stil Criollo. In December of 2015, he left Palestine, where he taught at al-Quds Bard Honors College for a period of 2 ½ years.


from [Forum] by Christopher Rey Peréz