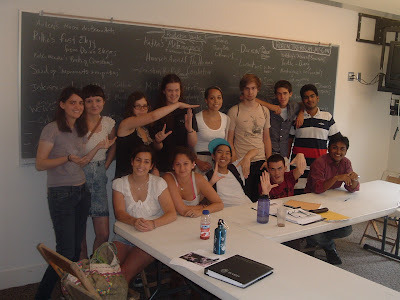 From so simple a beginning endless forms most beautiful and most wonderful have been, and are being, evolved. Charles Darwin


I've spent much of August in Annandale-on-Hudson at Bard College teaching in the Language & Thinking Program. This 2 1/2 week session is attended by all incoming Bard freshmen. The intensive reading and writing session immerses students in what Joan Retallack calls the process of productive wonder.

My students wanted a chance to see themselves together, and since I haven't yet made a foray onto Facebook, I include a picture of them here: All engaged and imaginative. 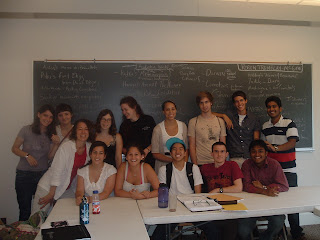 Posted by Robin Tremblay-McGaw at 12:22 PM No comments: