The last post, in the section on Jocelyn Saidenberg's reading, left you with a reference to ships. There are so many ships I wish to follow. I'll start here with excerpts from the evocative prose of "The Open Boat" in Édouard Glissant's Poetics of Relation. Translated by Betsy Wing:

For the Africans who lived through the experience of deportation to the Americas, confronting the unknown with neither preparation nor challenge was no doubt petrifying.

The first dark shadow was cast by being wrenched from their everyday, familiar land, away from protecting gods and a tutelary community. But that is nothing yet. Exile can be borne, even when it comes as a bolt from the blue. The second dark of night fell as tortures and the deterioration of two hundred human beings crammed into a space barely capable of containing a third of them. Imagine vomit, naked flesh, swarming lice, the dead slumped, the dying crouched. Imagine, if you can, the swirling red of mounting to the deck, the ramp they climbed, the black sun on the horizon, vertigo, this dizzying sky plastered to the waves. Over the course of more than two centuries, twenty, thirty million people deported. Worn down, in a debasement more eternal than apocalypse. But that is nothing yet.

The next abyss was the depths of the sea. Whenever a fleet of ships gave chase to slave ships, it was easiest just to lighten the boat by throwing cargo overboard, weighing it down with balls and chains. These underwater signposts mark the course between the Gold Coast and the Leeward Islands. Navigating the green splendor of the sea--whether in melancholic transatlantic crossings or glorious regattas or traditional races of yoles and gommiers--still brings to mind, coming to light like seaweed, these lowest depths, these deeps, with their punctuation of scarcely corroded balls and chains. In actual fact the abyss is a tautology: the entire ocean, the entire sea gently collapsing in the end into the pleasures of sand, make one vast beginning, but a beginning whose time is marked by these balls and chains gone green.

For though this experience made you, original victim floating toward the sea's abysses, an exception, it became something shared and made us, the descendants, one people among others. Peoples do not live on exception. Relation is not made up of things that are foreign but of shared knowledge. This experience of the abyss can now be said to be the best element of exchange.

This is why we stay with poetry. And despite our consenting to all the indisputable technologies; despite seeing the political leap that must be managed, the horror of hunger and ignorance, torture and massacre to be conquered, the full load of knowledge to be tamed, the weight of every piece of machinery that we shall finally control, and the exhausting flashes as we pass from one era to another--from forest to city, from story to computer--at the bow there is still something we now share: this murmur, cloud or rain or peaceful smoke. We know ourselves as part and as crowd, in an unknown that does not terrify. We cry our cry of poetry. Our boats are open, and we sail them for everyone.


Glissant's book begins with the following two quotes: "Sea is History" from Derek Walcott and "The unity is sub-marine" from Edward Kamau Brathwaite.
Posted by Robin Tremblay-McGaw at 10:49 AM No comments:

Reading the Incommensurate at Canessa Gallery 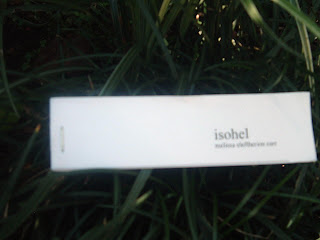 
Saturday night at 8pm San Francisco in the vicinity of North Beach and near the Transamerica Building, Melissa Eleftherion, Norma Cole, and Jocelyn Saidenberg read at the Canessa Gallery Reading Series curated by Erica Lewis. The theme for the night was “the incommensurate.” The audience of 20 -25 people sat below a sculpture/installation that is part of the gallery's current Phylum exhibit. The piece pumped red water through a series of entangled tubes, suggestive of a circulatory system. Gentle bubbles burbled in the background. So it was fun when one of Melissa's poems began with "to bubble is to begin to." Melissa's work moved through an engaging vocabulary--amygdala, ancora, bursa, heliopause--that seemed to have found its rightful home beneath all that surging red, poised somewhere between body and machine, the material and the abstract.

I was struck by Norma Cole's radiance as she began with a translation of "Pillow" from the Palestinian writer Ghassan Zaqtan, (soon to appear in Sarah M. Larsen and David Brazil's TRY magazine). Norma then read from her new book Where Shadows Will: Selected Poems 1988-2008 just out from City Lights. She read two poems that engaged with photographs. The first was "They Flatter Almost Recognize," a collaboration with Boston-based photographer Ben E. Watkins. The second piece, "The Olympics is All in Your Mind" was based on a collaboration with Elliot Anderson. You can read parts of this poem here at Little Red Leaves. These poems are full of a speculative lyricism: "you simply keep going as the shadows get long." You can read a brief review of Norma's book here at Brooklyn Rail as Laura Moriarty points out on her blog A Tonalist Notes.

Jocelyn Saidenberg read last, mustering a series of ghost poems that she likened to the catalog of ships from Book 2 of the Iliad. These were the best of the Achaeans she said. Jocelyn explained she'd been trying to figure out what she'd read for this event while on a walk with Wendy Kramer who suggested that she would write a poem for Jocelyn. The idea for a series of ghost poems written by friends was born. Jocelyn included three of her own poems among those written by the following:

Ghost Writers in the order of the arrival of their poems:


Some of the poems seemed to, as mine did, reread and write from Jocelyn's most recent book, Negativity. The figure of ships recurred as did explorations of "girl" and ghost. And there was much else! One poem included the line "my writer swears I wrote this shit myself." Jocelyn's reading was finely-tuned and full of presence. 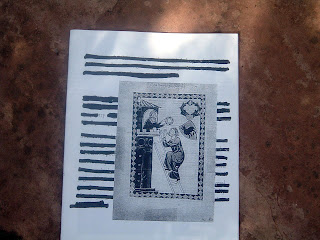 Melissa Eleftherion grew up in Brooklyn. Her poetry has appeared in The Paterson Literary Review, Big Scream, Defenestration, Inch, TRY, and Ur Vox, as well as online in Womb and the press gang. Forthcoming work includes a long piece from Letterbox Magazine. She received her MFA from Mills College and lives in Oakland with a gorilla and a phoenix.

Norma Cole’s new work just out: Natural Light from Libellum Press, If I’m Asleep from Mermaid Tenement Press, and Where Shadows Will: Selected Poems 1988—2008 from City Lights. Forthcoming is 14,000 Things from a-bend press. Among her books are Collective Memory, Do the Monkey, and Spinoza in Her Youth. Current translation work includes Danielle Collobert’s Journals, Fouad Gabriel Naffah’s The Spirit God and the Properties of Nitrogen and Crosscut Universe: Writing on Writing from France. Cole has been the recipient of a Wallace Alexander Gerbode Foundation Award, Gertrude Stein Awards, the Fund for Poetry, and the Foundation for Contemporary Arts.

Sitting at the Machine, Thinking

I have been sitting at the machine, thinking, and have finished my dissertation, "Community and Contestory Writing Practices in the San Francisco Bay Area, 1970-Present." In honor of that, here is a poem from Karen Brodine’s Woman Sitting at the Machine, Thinking: a series of work poems. 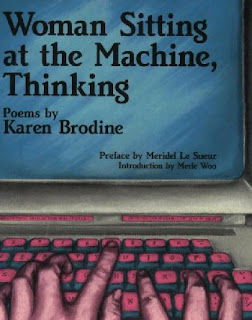 she thinks about everything at once without making a mistake.
no one has figured out how to keep her from doing this thinking while her hands and nerves also perform every delicate complex function of the work. this is not automatic or deadening. try it sometime. make your hands move quickly on the keys fast as you can. while you are thinking about:

the layers, fossils. the idea that this machine she controls
is simply layers of human workhours frozen in steel, tangled
in tiny circuits, blinking out through lights like hot, red eyes. the noise of the machine they ll sometimes wig out to, giddy, zinging through the shut-in space, blithering atoms; everyone’s hands paused mid-air above the keys while Neil or Barbara solo, wrists telling every little thing, feet blipping along, shoulders raggly.

she had always thought of money as solid, stopped.
but seeing it as moving labor, human hours, why that means
it comes back down to her hands on the keys, shoulder aching,
brain pushing words through fingers through keys, trooping
out crisp black ants on the galleys. work compressed into
instruments, slim computers, thin as mirrors, how could
numbers multiply or disappear, squeezed in sideways like that
but they could, they did, obedient and elegant, how amazing.
the woman whips out a compact, computes the cost,
her face shining back from the silver case
her fingers, sharp tacks, calling out the digits.

when she sits at the machine, rays from the cathode stream
directly into her chest. when she worked as a clerk, the rays
from the xerox angled upward, striking her under her chin.
when she waited tables the micro oven sat at stomach level.
when she typeset for Safeway, dipping her hands in processor
chemicals, her hands burned and peeled and her chest ached
from the fumes.

well we know who makes everything we use or can’t use.
as the world piles itself up on the bones of the years,
so our labor gathers.

while we sell ourselves in fractions. they don’t want us all
at once, but hour by hour, piece by piece. our hands mainly
and our backs. and chunks of our brains. and veiled expressions
on our faces, they buy. though they can’t know what actual
thoughts stand behind our eyes.

Posted by Robin Tremblay-McGaw at 10:43 AM 2 comments: