Up From the Archives: Talking with Roberto Bedoya 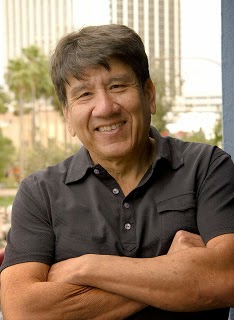 The dominant US ideology of Whiteness had policies that made me invisible which I challenged, still do.
-- Roberto Bedoya

In September and October of 2008, I had the pleasure of interviewing Roberto Bedoya, writer, activist, arts administrator, curator for the reading series at Intersection for the Arts in the 1980s, and so much more!

You can find the interview here:

Outside is the Side I Take: Part One
http://xpoetics.blogspot.com/2008/10/outside-is-side-i-take-interview-with.html


Roberto Bedoya is the Executive Director of the Tucson Pima Arts Council. He is also a writer and arts consultant who works in the area of support systems for artists. As an arts consultant he has worked on projects for the Creative Capital Foundation and the Arizona Commission on the Arts (Creative Capital№s State Research Project); The Ford Foundation (Mapping Native American Cultural Policy); The Ford and Rockefeller Foundations (Creative Practice in the 21st Century); and The Urban Institute (Investing in Creativity: A Study of the Support Structure for US Artists and the Arts and Culture Indicators in Community Building Project). He is the author of the monograph U.S. Cultural Policy: Its Politics of Participation, Its Creative Potential (www.npnweb.org <http://www.npnweb.org/> ). He is the former Executive Director of the National Association of Artists№ Organizations (NAAO) a national arts service organization for individual artists and artist-centered organizations, primarily visual and interdisciplinary organizations. NAAO was a co-plaintiff in the Finley vs. NEA lawsuit. Bedoya has been a Rockefeller Fellow at New York University and a Visiting Scholar at the Getty Research Institute in Los Angeles.
Posted by Robin Tremblay-McGaw at 10:28 AM No comments: