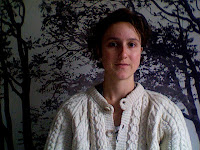 1.
My dear Keats,
perhaps at one time you were

2.
the subject or a Sparrow
My Brother
awoke and found it
before my Window

4.
I take part in its existence

5.
beyond has a better opinion of me
than I deserve

My dear Keats,
Would we were
a throng
of spiritual Acorns
ethereal Pigs
and not rattlesnaked
into any more
for what is a squirrel
or a filbert
a violet!
Eagles?
should we be owls
I am a peacock
a few Catkins
& robin
retired
admire me
old Poets
In return
I have gathered
the pretty

When I found the bookstore it was raining
and I was out of breath.  You were wrapping books in plastic sheaths.

Stay forever, if you like, you said, and we slept side by side
in the children’s nook on a sheet of foam.

Memoirs of a Dutiful Daughter made you leave home for France.

The rest of us were Henry Miller
except for a certain infacility with words, drinking

every afternoon and puking in the parks where
you aren’t to tread on the grass.

When I followed you to Italy in the spring you said
put down that book and look at the plum trees blooming out the window.

I would do harm to them and waved your handkerchief

bursting into tears that were impossible to read.  You loved
tragedies like Jude the Obscure

so years later I avoided you by refusing
the books you had buried yourself in.

I can tell you about Niagara though I’ve never been
Where waters
Which should be disappointing but isn’t
My honeymoon. I know what you want to say,
Light on the falls
But the rocks pulverized at the edges are still rocks
The imagination reveling in those places it feels
And everyone doing it and we didn’t want to be left out
With such fervor is a bright mineral green
At dawn, I find myself wandering the perimeter
At least based on recent calculations
Where I’ve never been
It ends up in my eyes
For one thing, it’s so big, and so famous and unnatural
And my hair a blond so platinum it looked white
They went over any way possible
I’ll tell you why I really care about Niagara: I went there
In an ecstatic nineteenth century engraving
I could feel a giant lens going off
Blinding was the adjective I was going for.  Lovebirds,
Old French fur settlements
But also into countries, of course
I’ve only imagined myself there like a figure
Like other canyons (grand) and valleys (Yosemite)
Give me a break! But is was the middle of the century
And I tell you about Niagara
The mist is too thick to be mist
Radiant with salt it leached from rocks far away
Amorous, though looking back now, I didn’t have a clue
None of those numbers like Niagara are precise
And you could buy postcards, magnets, toy bears
What love was all about.  Not until I met him and we made those plans
Daredevils
Or a Canadian or anyone with enough money to travel
And everything is in black and white even the rainbow
Wilderness lovers feared would become
Just outside the safety platform by the falls while making out
If you are an American you approach from the East
I hold my hand toward it and turn to my companion
It was already too late, the crowds were prolific
I’m not talking about my husband, but you probably guessed that
We’ve all been here before
Maybe even in my lungs
Fifty thousand years from now the falls will slide into Erie
And we were young and sex seemed to follow us like a hot cloud.
But it isn’t History I want to tell you about
In which the falls look bucolic and even bigger than they are
New Niagaras, scarring the innate sublimity of the West.
The truth is, he’d gone kind of cuckoo, he said it was the war.
Maidens in the spray
One is meant to imagine emerging from all this collapsing wonder
Puffing out his presidential chest
Which is why we decided to go through with it.  I was sick
In terms of North and South
And perhaps here would be an appropriate place
All of America wanted to go to bed with me in a red dress.
Since, after all, this is a tourist destination and this, yes this
With whom I long to share nature’s glorious face
Inside a mirror.  But it didn’t matter because by now
I’d probably turn your stomach if you weren’t prepared
It’s easy to get there just don’t
But he has vanished into the foliage
Like a canoe, after all that erosion, with no tourists
For the kind of vision I had become.  But anyway, as you know
Five people and seven thousand people have died in the falls
And the sound of the falls makes me foolish and afraid
Emitting cheers like the sound the spray used to make
After being strangled while my husband is about to go over the falls
Greetings from Niagara Falls! The most Romantic Spot
To insert one of my favorite lines from a poem:
In a stolen boat and my lover lies bloated and smashed in the morgue
And ten thousand years ago this land was ravaged by ice.

Gillian Osborne is a doctoral candidate in the English Department at Berkeley. Her poems or criticism have appeared in the Believer, the Threepenny Review, Zyzzyva, and elsewhere. She is one of three co-organizers of the Conference on Ecopoetics, which will be held at Berkeley this winter.

Posted by Robin Tremblay-McGaw at 6:51 PM