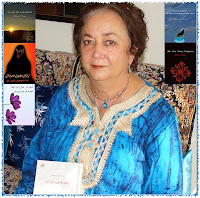 The Story of the Men of Sialk Hills


The Sialk Hills civilization had many members. One of these was a man who played the tar and loved his profession very much. This man’s house was located on the western side of the hill. To the right of it was the house of a bearded man. And to the left of his house lived a man who shaved his beard. They were not friends but they always greeted each other when they met on the street. The tar player had a girlfriend who always reminded him that she was a decent girl. The tar player knew that she was a decent girl, too. That is why he had decided to marry her one of these days. For this reason he had bought a set of porcelain chimes and had hung them outside his house so when the wind blew they played a nice tune. As a result, the girl came to see him one day and said that they were showing a film that had won international acclaim in a movie theater in the downtown area. She said that it would be nice if they too could go and see it. Then they argued for a while that since they were not married yet, they might get arrested if they walked together on the street and that they should think of a solution or a trick. This was easily done. The tar player asked his father to lend him his wedding ring, and the girl borrowed her mother’s ring. Then they started walking toward the cinema together.

There was a huge crowd before the theater. On the marquee above the theater door, they had hung the film poster. “The Sad Story Of the Sufferers”, was written in blinking neon. The tar player had forgotten his glasses. He asked the girl to read him the director’s name. The girl read, “A film by Edward Muntz, the Great Director Who Is either Dead or Will Be Born in the Future and Die Sometimes Afterwards.”

This was very strange. And They wanted to discuss this strange event with each other, but the people in the line started protesting and asked them to go stand at the end of the line. Hence the tar player and his fiancée started walking toward the end of the line. That is how they followed along the line and passed a few streets and corners. Then they walked along the main highway and reached Baghdad. At that time Baghdad was more or less like Sialk Hills, hazy and full of dust, but the sound of music could be heard from a small deli around the corner. At this moment the tar player’s fiancée became angry and told him she had always felt that his love for her had never been real and that he only wanted to marry her because of his need for a servant. Otherwise, why would he make her borrow her own mother’s wedding ring? The tar player swore that it was not like that all, that he sincerely loved her, and that he wanted to marry her. That is how, as they walked with the line, they kept arguing. It was hot, and a swarm of flies were flying around their heads. The man became increasingly irritated and furious. That was why when they got to Damascus he screamed, “What do you want from my life? Do you realize how long we have been arguing?”

At this moment a little event encouraged them to keep to their decision to see the film. That event was a fork in the line.

The man yelled, “You are shameless!”

The girl yelled, “Am I shameless, or are you?”

Without answering her, the man said, “What a slut!”

Red faced from anger, the girl screamed, “You call me slut?!” and she continued to go with the other branch of the line and went away. It was clear that for a long time after this event she did not look back. And in order to prove that he was his own man he continued to go with the main branch of the line. After a while he stopped and asked one of the people in the line, “Excuse me, what film are you standing in line for”

The man in the line said, “I want to see the last film of the great director, Edward Muntz, the director who recently passed away.”

The tar player said to himself, “Then I am in the right place,” and continued to walk. He walked and walked until he reached a large city. Again he inquired from people around him and found out that he was in Bayt Ul-Muqaddas*. So he continued on and arrived at the Mediterranean Sea. There he saw his fiancee walking in a line that was approaching his. It seemed that they were not mad at each other anymore and had forgotten all about their fight. So they smiled at each other. The man asked her, “Where were you?” The girl explained that she had walked with that line until they reached Beirut, and there it had occurred to her that maybe she had made a mistake. So she asked people around her and found out that the line actually was for the Edward Muntz film—the famous director who will be born in the future and will die sometime afterwards. Then the line reached Cairo, and after that it went to Jerusalem.

At this time they realized that the Mediterranean Sea had opened a way for the people on the line. That is how they rejoined in the same line again and passed through the Mediterranean. Now they were not afraid anymore and walked hand in hand and sometimes even smiled. By now they were in Berlin, and there, they realized that the Berlin Wall had disappeared. People were happy and were drinking beer. They, too, drank beer happily and decided to get married. That was because they had walked next to each other for too long already, and it was not improbable that they were going to have a baby within the next couple days.

After their wedding ceremonies, which were performed with a special simplicity and serenity, they walked with the line and reached Paris. There the man managed –on the occasion of his first child’s birth—to buy some wine and Roquefort cheese and buy his wife a flower and clip it to her collar. But he didn’t let his wife clip a flower to his collar and said, “I don’t feel like it.”

Now they walked with less haste because their child had just begun to walk, and the wife was pregnant again. That is how, just at the time of the second child’s birth, they arrived in London. There they took a bath and “cleaned all the dirt from their skin.”

From London to Washington, the Atlantic ocean had opened the way and pushed its glistening waves away from them. And that is how they got to Moscow and were harshly welcomed by the snow. They each bought a fur coat and walked with the line to Tokyo. There the tar player’s wife said, “If you think I am going to have a third child you are mistaken. These two have already worn me out. On the other hand, the kids need to go to school and settle in one place. I am going to go back to the United States and apply for a green card.

The man said, “Look dear, we have walked all this way and I am sure that we soon will reach the end of the line.”

The wife said, “What about the kids? What will happen to our kids? Everyday they speak a new tongue—and that’s not right.”

The tar player agreed, and the wife jumped into the Pacific ocean and swam away. At the last moment she waved her hand and said, “Don’t forget to call!” The man saddened, shrugged his shoulders, and walked away. And limping away—because his foot was hurting—he went to Beijing. There he suddenly saw his neighbor, the man who shaved his beard.

This man was standing in line and reading the paper. The man asked, “Have you lost your wife, too?” Without answering him, the tar player shrugged and continued on his way.

And this was while he was telling himself, “It’s very strange how nosy people are!”

But since he was a very unlucky man, he encountered his other neighbor—the man who grew his beard—in New Delhi and said to himself, “It’s very strange. Now everybody will know that I went to the movies. Therefore he decided to skip Karachi and go to Lahore. But this was no good since there was no line in Lahore—it only existed in Karachi. And it also went through Riyadh and reached Kuwait, and it was there where he reached the Persian Gulf realizing that this Gulf too had opened its waters so the line could go through. This surprised him very much. But it was getting a little bit late, and the film could start without him reaching the end of the line. Therefore he started to walk faster and reached the central areas of the Sialk civilization. He realized that the end of the line reached the beginning of the line at this point.

He said to himself, “Gee, I was real stupid, I could have been here from the beginning.” In the meanwhile he saw his wife dashing toward him.

He asked, “Did you get green card?”

She said, “Yes, I did. But how are we going to tell my mom that we’re married and already have two children?”

But before the man could answer, the ticket office had already opened and the line was moving. The woman said, “God, I hope the tickets won’t run out before we get there.” It began to rain, and they had forgotten to take an umbrella with them. In the civilization of Sialk Hills, it sometimes pours very hard and starts to flood and they could get wet. But fortunately the woman in the ticket office was not one of those lazy women who like to chew gum and talk to the person sitting next to her. Therefore, the line moved fast.

Translated from the Persian
By Steve macDowell & Afshin Nassiri
1993

Shahrnush Parsipur was born in Tehran in February 17, 1946. She started her literary career when she was sixteen, writing short stories and articles. She graduated from the University of Tehran in Sociology. When she was twenty-eight, she wrote her first novel, Sag va Zememstaneh Boland (The Dog and the Long Winter – translated into Russian). In the same year, while serving as the producer of the Rural Women, a socially inclined weekly program for the National Iranian TV, she resigned from working for that organization, in view of protesting against the meaninglessly cruel torture and execution of two journalist-poet activists by SAVAK. She was imprisoned for a few months, but later, she moved to France to study Chinese Philosophy and Language. There, she wrote her second novel, Majerahayeh Sadeh va Kuchake Ruheh Derakht (Plain and Small Adventures of the Spirit of the Tree) in 1977. You can find out more about Parsipur by visiting her website here.