My Reading of "The Truth About Ted" Robin Tremblay-McGaw 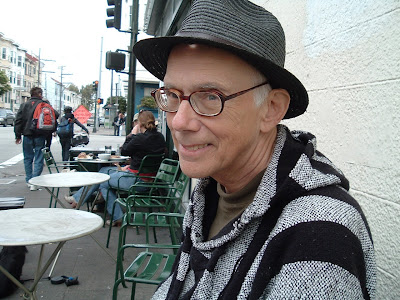 
“The Truth About Ted” is story about storytelling, desire, interpretation, reading and misreading. The narrator, “Bruce” tells a retrospective series of stories about a community of gay men who encounter Ted, a young man who is “straight, but [whose] brand of sociability really suggested something more like camp” (1 [unpaginated]). After cataloging a series of readings of Ted’s life–“He hung out with gays almost exclusively. He looked gay and acted gay. He talked gay even” – the narrator asks “So why wasn’t he gay?” (1). Ted becomes an object of gossip for the community as they try to interpret his conflicting messages and their conflicted readings of his sexuality. Speculation about Ted’s sexuality traverses a varied terrain from Gilbert and Sullivan’s nineteenth-century comic or opéra féerie, a French ballet-opera based on fairy tales, Iolanthe, and the Marriage of Figaro, to Rimbaud, Rashomon, Taxi Driver, Lenox china, Sir Walter Scott, the Pope, Offenbach, the local writing community and what Boone calls the “business end of our writing careers” (6). In the story, narrator “Bruce,” and his fellow writer “Bob,” the author of Family Poems, check on their book sales since “by default we were distributors of our own books, as well as being our own publishers, publicists and critics, reviewers, etc. We had chose to go our own way in writing, not becoming part of the various ‘schools’ in our area, and the understandable consequence was that none of these schools was anxious to publish us” (6). After this “confession” or exposure of the two writers’ explicit participation in the material production of their works and their availability and reception in the world, the story goes on to generate an orgy of illustrative misreadings and misinterpretations about Bob’s former relationship with his lover Ed, the function of gossip, and Ted’s sexuality. Ted’s situation also becomes an opportunity for literary exercise. The retelling, analysis and fabrication of Ted’s story produces a kind of truth in a fictional direction. Boone writes,

Finally our Ted discussions became technical exercises, occasions for testing our skills as writers. We wanted to be able to verbalize our perceptions of life’s ordinary events accurately, elegantly and truthfully so that other people would applaud us for our socially useful talents. Whatever else it was, Ted’s ‘problem’ was grist for our writer’s mill.

Not that this wasn’t fun. The more complex and detailed (and superficial!) Our discussions became, the more it seemed to draw out our deepest feelings. These feelings had to do with ourselves, with the community of gay men and in some odd way with the possibilities of human life, happiness generally. Talking about Ted became a way of talking about the things we cared about most–things we couldn’t have talked about honestly and satisfyingly except as gossip (2).

The reader is strung along in this text as are the community members. Is Ted gay? Straight? The relationship of epistemophilia to erotics, seduction, reading and interpretation is literalized in the text. All this talk about the truth of Ted’s sex is reminiscent of Jacques Diderot’s les bijoux indiscrets in which women’s vaginas speak an endless and excessive, garbled “truth’ that is a catalog of penetrations. If Diderot lacks the capacity for comprehending “the idea of mental sensual pleasure,” or truly imagining of what women’s sexuality might consist, Boone’s “Truth About Ted” takes its point of origin, not women’s, but gay sexuality, its signs and manifestations and imaginings, and its mystery too (Thomas 336). While Boone’s text contains little of Robert Glück’s sex as counter language, it does construct a story of multiple and contradictory perspectives, one that, in some ornate way, is a Duchampian “Nude Descending the Staircase,” laying bare its fragmentation and disparate, if momentary, syntheses.

“The Truth about Ted” ultimately reveals the complexities of narrative. About his relationship with Ed, in Boone’s story, Bob says, “‘It took years to understand that story,’ says Bob” (11), illustrating how meaning may be delayed and retroactive and understood through desire. Boone’s story also illustrates how point of view or narrative focalization may be multiple and contradictory. To Bob, Bruce says about Ted’s sexuality, “the way things stand now, unfortunately, we may never know the truth. Remember Rashomon, that 50s Japanese movie where there were all these possible versions of a the story and you couldn’t say any one of them was the right one?” (8). At the end of “The Truth About Ted” Bruce tells Bob that Bernard and Ted eventually go out on a date. Within the story, Bruce further fictionalizes this event in its description, blurring the boundaries between opera, the heterosexual romantic novel, and perhaps even Beaumarchais’s (the author of the play la folle journée, or le mariage de Figaro) social satire while he explicitly interweaves Ted’s story into a fiction of its own:

So, after they see a show together, Ted and Bernard take a walk. What’s more ordinary? They find a park bench. They sit down. What do they talk about? Who knows. But in my mind I give them completely conventional lines. I make them say what couples have said to each other in such circumstances from time immemorial. ‘I’ve admired you for a long time, you know, and I think you’re really attractive.’ ....There’s a full moon and you can see all the stars.’ Canzonetta sul aria. But you’ll come, won’t you?–says Mozart’s count. Does he know? Susanna’s as nervous as Almaviva. It’s a Marriage of Figaro –in the distance you can hear the plashing of fountains. Not far away is Bernard’s house, and that’s where they plan to go. ‘Donne, vedete s’io l’ho nel cor.’ Sound of violins, falling cadence. My only comment is this–God give them the night of happiness that they deserve. People should get whatever happiness they can from life–because what else is the point. Of anything?–I conclude abruptly. That’s it, Bob. The story of Ted’s coming out (12).

We begin with Bernard and Ted and then, suddenly, we are inside the Marriage of Figaro. In between the plashing of fountains and the Italian lyric, Bernard and Ted are on their way to Bernard’s house. And then the fabricator of the story of Bernard and Ted’s date, interjects his own moralizing summation or desire: “God give them the night of happiness that they deserve. People should get whatever happiness they can from life–because what else is the point.” But the story doesn’t end here. The narrator marks the narrative frame by breaking it again and recontextualizing and labeling it: “The story of Ted’s coming out.” His comment refers to a new and particularly queer genre–the coming out story. Simultaneously, by using Figaro, the narrative has mobilized all of the confused identities, promiscuous desires, cross dressings, illegal crossings of social station/class to illuminate the many conflicts of desire at the heart of “The Truth About Ted.” It also reveals, via a kind of Derridean rupture, the ideological investments in this new genre, the coming out story, which has its own set of narrative tropes, characters and structured plot lines.
However, the story of the story of Ted’s sex still is not yet finished. As it turns out, this ideological and romantic fantasy, isn’t the whole story. In their ensuing discussion about Ted, Bob pressures Bruce with his sense that something is missing. Bruce is forced to tell Bob that Ted had been to the baths a few months after college and gotten a blow job and “for all I know gave one as well–though that wasn’t part of what I heard” (13). Bruce explains that rather than this story “about a quickie in a public bathhouse” he’d wanted it to be “a romantic story” (13). Yet, even Bruce’s revelation of the “truth” about the blow job is interrupted by his compulsion to expand upon and fictionalize its elements, to make up for its insufficiencies, to submit, perhaps, to the lure of narrative desire and genre fiction. The piece closes with an enigmatic laugh of the Medusa: “Bob laughs. ‘You have to let life define your stories, Bruce–instead of the other way around.’ I told Bob I’d think about this. I did” (13). “The Truth About Ted” ends up being about the truth about Bruce, or the truth about stories and their relationship to life, or the truth of the self’s continual misrecognition of its own specular image, or the ways in which the subject is caught up in the cogs of narrative, language and desire. Here, the mirror of the story (as in Glück’s suggestion that writing “erect[ ] a hall of mirrors” “Counter 8), suddenly turns back on its author and readers. It reveals a reflection that isn’t so much Ted’s story, but is the community’s, Bruce’s, and the readers’. If at the close of the story’s first paragraph we read: “It’s his life, after all, not yours” (1), by the end of the piece, we discover that perhaps it is not Ted’s life, but Bruce’s and maybe not Bruce’s but ours.

Boone’s use of opera generally and Mozart’s the Marriage of Figaro in particular, enables us to see how this complex layering and dismantling works. In the story Bruce uses the Marriage of Figaro to recreate or fantasize one of the many stories within the larger story frame, the encounter between Bernard and Ted which will confirm that Ted is gay. He begins this fantasized re-creation with a reference to unmarked or ungendered “couples,” but because he writes about Figaro, he introduces the characters of Susanna and Count Almaviva, and references heterosexuality. At the same time, opera serves as a gay signifier: “ Ted had the marked interests of a person who was gay, opera for instance” (1). The question becomes how to read: “my discussions of the ‘Ted question’ with Bob became increasingly abstract and unreal– for Bob and me, the issue of Ted’s sexuality challenged our ability to come up with the right interpretation of signs generally” (2).

Simultaneously, the story reveals how its author, readers and its own production is fueled by the ideological and the hegemonic, suggesting that the making of meaning entails more than the reading and interpretation of signs. It is the story’s exposure of itself as a story, constructed out of a fragment of “truth” and elaborated on within the discourse of community that enables the piece to elucidate and partially deconstruct its own devices and the cultural frameworks within which it is located; it marks the failures and desires it produces and is produced by. In the end, the piece celebrates and illustrates the pleasures and dangers to be had in the communal, gossip, epistemophilia and the creation of literature, while it also makes legible and is critical of its own devices and their shortcomings (“I now believe that the good it [gossip] represented was a limited one. Gossip and language– they do have their limitations” 2), their effects on others, stories, relations.
--R. Tremblay-McGaw
Posted by Robin Tremblay-McGaw at 12:22 PM