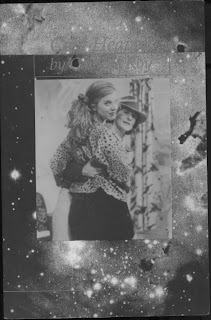 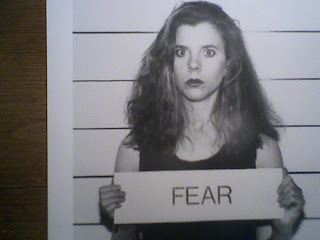 That's a great interview, Robin! At first I was blanking out on who Gina Hyams was, and then as I read on the strength and vitality of her two great performances blazed back at me--each one different than the other like chalk and cheese, or maybe fire and ice would be the better comparison, for she excelled in both the Harryman and the Roy plays. Now I will have to get some of her books and see what they're like.

Though I think now that I have read the MARY POPPINS book when I wanted to find out more about mothers and nannies, I'll have to check my shelves, but never thinking that that Gina Hyams was the same Gina Hyams whose dramatic prowess I had so envied and admired on the stage so many years ago.

In any case please tell her that she has at least one fan willing and able to write her a role that would lure her back to the stage of the SF Poets Theater, if only she would.

Kevin--
Thanks for your post. I didn't see Gina in Carla's play, but yes, she was fab in Camille's!

Ha. Kevin, your comment made my day...I think it's best that I rest on my chalk and cheese laurels, but I'm honored by your offer. Thank you.