The Place: ATA on Valencia Street, San Francisco
The Time: Sunday afternoon, 5pm, November 11th
The Who: Small Press Traffic's presentation of a trio of three fabulous readers/writers plus a reading from the work of Chus Pato
The What: Some of what you missed, or didn't, and get to enjoy here 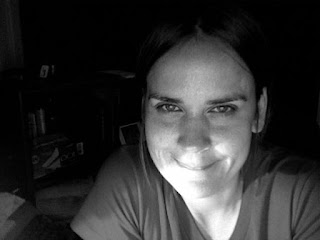 i’m not saying this to scare you but goodbye.

first goodbye.
and then
examine attachment (in seconds, s)
akin to

if recognition is destroyed, what then of attachment?

whether my body is rigid, stippled, perpendicular
or not, i am a floater

in this place, that is

the snow fell up to thirty inches, melted ten, and then we had ice
my transistor was hemorrhaging
exposed wires bleeding
giving off heat
in the form of steam

i’m inclined to say that the wires were bleeding yellow and green ooze but it was really blood like any other kind of blood.  which is to say it was red. RED.

even better, and this is true, i was opened up and spewing (the transistor) on the frozen sidewalk in front of the hospital.

this was yesterday.
yesterday i was alive.
today always happens and so it feels like it never really happens because i am so well-versed in today and how it goes

most people wake up

kathryn l. pringle is an American poet living in Oakland, Ca. She is the author of fault tree (winner of Omindawn’s 1st/2nd book prize selected by CD Wright), RIGHT NEW BIOLOGY (Heretical Texts/Factory School), The Stills (Duration Press), and Temper and Felicity are lovers.(TAXT). Some of her poems can be found inDenver Quarterly, Fence, Phoebe, horse less review, and other journals. Her work can also be found in the anthologies Conversations at the Wartime Cafe: A Decade of War (WODV Press), I’ll Drown My Book: Conceptual Writing by Women (Les Figues), and forthcoming in The Sonnets: Rewriting Shakespeare (Nightboat Books). She received an MA and MFA from San Francisco State University. 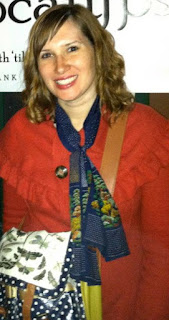 Emphasis impels them. They belong to a clearly defined category of refuge. But what are they doing in that cottage? What are their thoughts, their sorrows? What is the merit of those who came after them? Everything hinges on distance. The illusion found in plant or animal which transfigures community. They are terrestrial. They hold to clouds.

This is the interview of their final crossing.

What is the emanation of the image?
Is its gaze representative of air or water?
When did you first appear?
Is this a translation of appearance or an example?
Are you living in one season or many?
How does an outline show these distances?
Do you regret being not human or human?
What warrants the use of juxtaposition?
Who is speaking to you on that hill?
Are you in any way a substance or a color?
What revelation is in it?
How would you define a glacier?
How many times have you crossed this river?

I shouted at them and as the llamas came down the hill, I went up toward them.
I had no desire to leave that hill.
I could wound eighteen men before I could be touched.
I asked them to take me across the river.
I stood scanning the landscape with a telescope.
I was so far from the border.
I might as well fire my gun.

Andrea Rexilius is the author of Half of What They Carried Flew Away (Letter Machine, 2012) and To Be Human Is To Be A Conversation (Rescue Press, 2011).  She currently teaches BA & MFA courses at Naropa University’s Jack Kerouac School of Disembodied Poetics and manages the JKS Summer Writing Program. 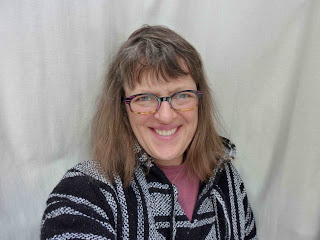 Erín began her reading by sharing the work of Chus Pato, a Galician poet Moure has translated. I had never heard of Pato but fell immediately for her work. Here is a poem from the Ghosts section of Pato's book SecESSION:

My position in the desert is that of someone who remains outside the pack, outside the flag, outside the placenta that makes community life possible, its reproduction. I don't know if others share my fate. Something, someone, every day, every thousandth of a second emits prohibition.

What politics, the one that germinates from the poem, from the drive of language, from a subject that can't be restrained and unpronounceable extends (psyche, life) to the ends of the Earth, conceives itself as one ghost among many and assembles itself in the multiple organs of the territory, up to the finisterrae where dreams fracture, ideologies, pneuma, the dead? What politics, outside the pack, outside the flag, where breath fractures? (51)

and from a poem called


thus a poem is not composed of fragments but of ruins that are remainders of an earlier collapse or of one still to come, or that never happened, that are ghosts and despite this memorable  (90).

Moure then read from her book The Unmemntioable, a title that appears on the back cover. On the front, one finds:

a BOOK, containing poems, a filched Moleskine, a correspondence, a sketch, an impredication, a vanished KOCTbOJI, an object (her white pentagon), Str. Plantelor, a casino, a dog with a headache, and sundry philosophic remarks.
yours,
E.

The back cover informs us:

In crossing borders of culture and memory, there is an unmemntioable spacing. So E.S (Elisa of Little Theaters and O Resplandor) sits in a flat on M.V. Street in Bucharest. E.M. arrives in another part of the Romanian capital. Not from Canada but from burying her mother's ashes in Ukraine, in the village where her maternal family was erased by war and time. But E.S. was also in Ukraine. There, watching E.M through the trees in a downpour, an idea came to her: she would use E.M. to research the nature of Experience.


Note: I've done my best to accommodate the "special characters" within the constraints of blogger!

Great fragment fallen to abyss and trees for tumulos cut down, pears, apples, forest birches. Therein lies the profound correspondence between the being and the thought.

Who they is. A Möbius problem. The woman in the village, too young to have witnessed, saying: “Ukranians sent by Stalin built houses where the old had burned.” And the official story, said awkwardly. “Stalin sent the Poles to Poland.”

“…Ukranian,” said my mother.
“Polish,” said my uncle, older.
“But Mom is Ukranian,” she insisted.
“Polish was what they taught in school!”
“Austrian," said my grandfather, gazing out at the soldiers’ road.

“In secret on the mountain I tried to read the letters, for my parents worried awake at night at what they told.”
“One alphabet I could not read, they did not teach it in Canadian school.”

If only I could go backward, undo time. The trees out of narrow woods, and snows. Madre, matka, matyi, mama.

Yet to these shaking things that are my mysteries
my mother’s answer still holds:
“we must press forward to the schools.”

She sits up in bed and I embrace her. Later we are awake all night together one last time, me in the chair beside her, speaking ludicrously of banquets, of pyrohy filled with sour cabbage and mushrooms, waiting.

Across all is barren (ligature)
(wood)
(caldo)

This morning when I wake up from my dream of cabbage, I open my notebook and—my notes have vanished. It looks like my notebook, a black Moleskine bent down at the corner, with a page saved from 24 fun in the back pocket: the Bucharest theatre schedule from August 1, its top scrunched.

But my notes are gone. Where once there were pages filled with my musings on the infinite, there is only this:

“There is a phantasmal poetry and a poetry of the seeing self. There is a miniaturized poetry and an aggrandizing poetry. And there is the poetry that doesn’t want to be found. Stop desiring me! I have nothing to reveal. My withdrawal leaves no hole in the panorama.” E.S. to E. M., Bucareşti, August 12.

This is crossed out, and there is, added in a hand not unlike E.S.’s:

Restless Montrealer Erín Moure has published seventeen books of poetry plus a volume of essays, My Beloved Wager. She also translates poetry from French, Spanish, Galician  (galego), and Portuguese, with twelve books translated of work by poets as diverse as Nicole Brossard, Andrés Ajens, Louise Dupré, Rosalía de Castro, Chus Pato and Fernando Pessoa. Her work has received the Governor General’s Award, the Pat Lowther Memorial Award, the A.M. Klein Prize (twice), and was a three-time finalist for the Griffin Poetry Prize. Her latest works are The Unmemntioable (http://www.houseofanansi.com/The-Unmemntioable-P1719.aspx andhttp://roverarts.com/2012/04/dont-speak/), an investigation into subjectivity and the nature of experience, in western Ukraine and on a South Peace homestead in the north of Alberta, and Secession (Zat-So), her fourth translation of internationally acclaimed Galician poet Chus Pato.
Posted by Robin Tremblay-McGaw at 7:52 PM