Dahlen, Gevirtz and Shufran at The Green Arcade

Quick! Before 2016 is over--there are several noteworthy Bay Area events that occurred in the last half of December. Here is one:

On Tuesday December 16th, after a long hiatus from readings, I ventured out to the Green Arcade, a San Francisco gem, one of our community-oriented bookstores which hosts numerous literary readings and events, to hear Beverly Dahlen, Lauren Shufran, and Susan Gevirtz. What a good choice I made. In the midst of so much shock and horror and the struggle to figure out what one should be doing in the face of our current and ongoing post-election crisis, there was something powerful about being in a room with others committed to the thoughtful, exploratory, nuanced engagement with language, with thinking, with making. 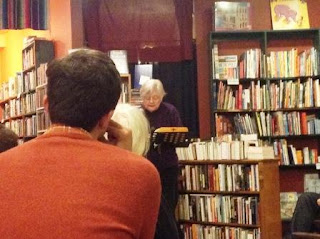 Beverly read from some new work which struck me as painterly, sculptural, lyrical. I love it. Here is one of these new pieces, "The Thrushes of Egypt."

The Thrushes of Egypt

Lauren Shufran then read three recent poems all of which are part of a project that writes in tension with Whitman's Leaves of Grass through contemporary politics, a trip to India, references to Leonard Cohen, David Bowie, the Bhagavad Gita, Richard Spencer's National Policy Institute speech in DC, and more. This work was mesmerizing and I hope we'll see it out in the world here or elsewhere soon!

Lastly, Susan Gevirtz read from her new book, Hotel abc, just out from Nightboat Books.
Gevirtz  closed her reading with this lovely poem, "The Birdhandlers." And thus here on the blog page, we have a  bird theme, though the evening included a variety of themes, references, topics.

The Birdhandlers Jan2017word, PDF (1) by Susan Gevirtz on Scribd
Thanks to these three writers for an evening of hope.


Posted by Robin Tremblay-McGaw at 5:12 PM No comments:


It is with sadness that I learned today of the death of Francesca Rosa, writer, activist, and publisher. I met Francesca in Bob Glück's Saturday house writing workshop in the mid-1990s where she worked tirelessly on her book The Divine Comedy of Carlo Tresca, a book she finished and published with Ithuriel's Spear in 2012. Francesca was instrumental in bringing my book Dear Reader into the world.

In honor of Francesca, I am reprising an interview I did with her in January of 2009--how swiftly time escapes us.

Francesca Rosa: From The Angels of Light to New Narrative and Labor Activism 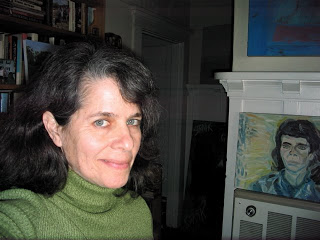 Posted by Robin Tremblay-McGaw at 12:01 PM No comments:

Back in mid-May I read in the Local Poets Series at the San Francisco Public Library in the Civic Center with Barbara Jane Reyes and Eleni Stecopoulos.

A portion of the event was recorded. Eleni elected not to be recorded, but here is an an excerpt of Barbara reading and one from me.


Posted by Robin Tremblay-McGaw at 1:36 PM No comments: 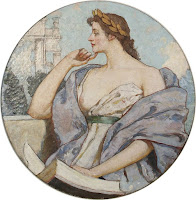 
As always, these reports are my renderings of presentations based on scanty notes. Of course, for the real thing, you will want to contact these writers and/or look for the publication of these papers elsewhere.
Posted by Robin Tremblay-McGaw at 12:13 PM No comments: